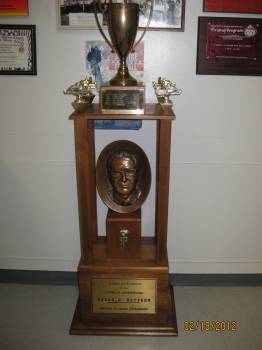 Shrine To A Legend - The Hetteen Cup written by Steve Pierce

Sno Pro racing was being restructured after its inaugural season and professional Drivers Circuit racer Larry Rugland of Polaris was the first recipient of the Hetteen Cup in December of 1974. All to follow would be Sno Pro drivers. Winners inscriptions continue in 1975 with Larry Coltom of Arctic Cat, Doug Hayes in 1976 on a Ski Doo, Brad Hulings of Polaris in 1977, Hulings on a Scorpion in 1978 and Arctic's Jim Dimmerman in 1979. The winner's plate is not historically correct. Hulings actually won in 1976 on a Polaris, and Hayes on a Ski Doo in 1977. Their names were switched in error. Piloting an Arctic-backed Scorpion, Hulings again captured the cup in 1980 but his name was never added to the list. Arctic Enterprises and its Scorpion subsidiary went bankrupt in 1981, making 1980 the final year the Hetteen Cup was awarded. As the proud heritage of Arctic Cat was sold off, the once coveted trophy became lost in the shuffle. Much of the inventory and licensing rights became the property of Certified Parts Corporation of Janesville, Wisconsin. Some equipment was purchased by a team of investors, including Arctic founder Hetteen. Taking the name of the former Arctic distributor, Arctco, this newly formed company helped Cat claw its way back from the grave, scratching out a comeback for the 1984 season. Neilsen Distributing International, of Chicago, Illinois, acquired most of the contents of the racing department, competing with Arctic products during the shutdown. For more than 20 years, the Hetteen Cup was lost to the world, buried and forgotten in an Illinois warehouse. Nearly scrapped, the hallowed artifact was discovered and returned to the Hetteen family in 2004. In 2007, race promoters from Glenwood, Minnesota, sought to resurrect the Hetteen Cup tradition at their seventh annual vintage snowmobile rally. With the original cup on hand, Edgar and C.J. Ramstad presented the victor, Mike Meagher of Grey Eagle, Minnesota, with a similar, sized down replica. The new cup is a traveling trophy, awarded yearly. The Hetteen Cup was always transported in a large, specifically designed hardwood box that eerily resembled a coffin. Slated for display at the 2008 Old Snowmobile Expo in grand Rapids, Minnesota, the dry wood and old glue combined for tragedy as the venerable trophy snapped into two pieces while being placed in the box!. Other repairs were also needed, and the cup was refurbished by Steven Pierce. One day the Hetteen Cup will come to rest in a museum, a memorial not only to the spirit of competition and the names etched upon the winner's plate, but also a tribute to all whose paths have crisscrossed snowmobile history. It's an enduring symbol embodying the dreams of pioneers whose crude designs became the building blocks for a billion dollar industry, and a salute to adventurers like Ralph Plaisted, whose North Pole exploits gained international exposure for the snowmobile. First and foremost, the Hetteen Cup is a shrine to the man whose name it bears, his face emblazoned in bronze upon it, one who has lent his life to the snowmobile and the people who ride them, the true and utmost snowmobile legend, Edgar E. Hetteen. Thanks to Brad Hulings and Dave Thompson for information and insight. 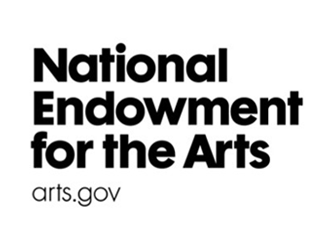 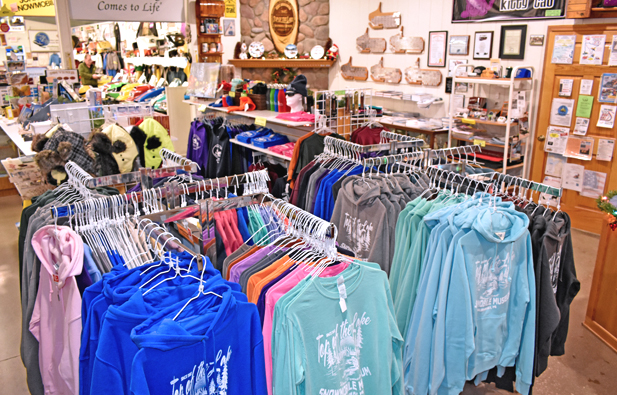